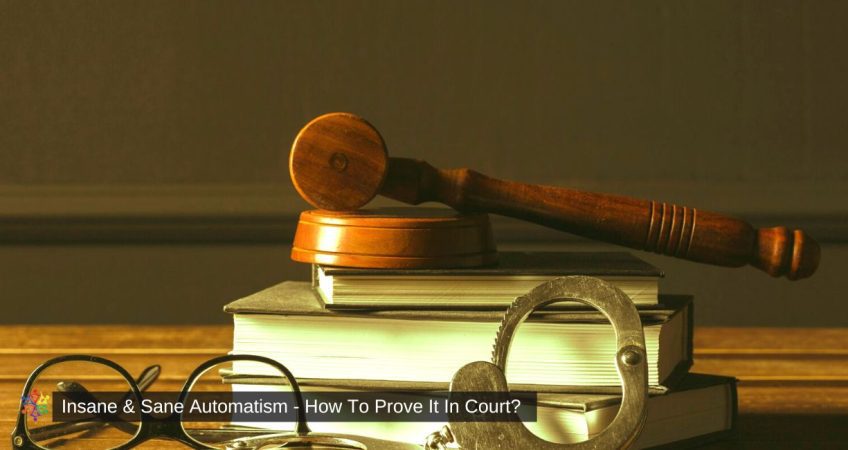 When an accused person confesses that their offence was an involuntary occurrence, they raise the defence of automatism. The criminal law covers the defence of automatism, which implies that the Court cannot find an accused individual guilty if the act occurs independently of their will. Automatism, however, depends on the nature of the crime. If the crime does not require the accused to act voluntarily, then automatism will not apply.

Automatism is not a medical condition. Instead, it is a legal term that describes a situation where the behaviour occurs without the accused’s will. The determining factor is the lack of exercise of the accused’s will rather than a lack of knowledge or consciousness. The accused is aware of the situation and their actions but cannot control their actions. It implies that they are typically disassociated from the act and may act involuntarily. Automatism is not dependent on the accused’s awareness of the event. Rather, it relies on their behaviour’s deliberation – or lack thereof.

What is the defence of automatism?

Automatism is a legal term that describes an activity occurring without an accused’s will. The critical factor is the absence of the accused’s will rather than their knowledge or consciousness. The criminal law recognises two kinds of automatism –

In some circumstances, both categories may also be applicable. However, it is crucial to understand the differences between the two types of automatism. While insane automatism is an involuntary reaction due to an existing medical condition, sane automatism is a significant reaction to extraordinary stimuli. In both cases, the burden of proof can rely on either party depending on the nature of the case and type of automatism.

Insane automatism results from a mental illness or a ‘disease of the mind.’ It is the reaction of an unsound mind that can also cause delusions. The physical deterioration of the brain cells or a significant alteration to the brain’s structure isn’t essential to classify it as a ‘disease of the mind’. To meet the criteria, the accused must be a victim of mental disease, disorder, or disturbance. Insane automatism does not justify a lack of self-control, passion, or impulsivity. However, it is crucial to differentiate between healthy minds and minds suffering from an underlying pathological infirmity. The ‘disease of the mind’ can be temporary or permanent, curable or incurable.

Situations involving the use of alcohol or drugs will rely on the intoxicating effects of these substances. For example, if the accused is a victim of epilepsy triggered by alcohol or drugs, the resulting state of automatism will be ‘insane.’ However, they must prove that self-induced intoxication is ruled out. Intoxication can further create complexities in the case due to the other associated factors.

In cases involving insane automatism, the onus of proving the defence lies with the party responsible for raising the issue. After which, the Court will establish insane automatism on the balance of probabilities. If successful, the mental impairment will be reason enough for the Court to find the accused not guilty.

Which Court will hear the matter for Insane Automatism?

All courts are eligible to hear the defence of insane automatism – depending on the type of legal charges. If the matter reaches the County or Supreme Courts, a Judge can make a supervisory order. The Court will incarcerate the accused at a psychiatric hospital or keep them under strict supervision in the community.

Hence, the onus of proof lies with the prosecution to disprove the existence of sane automatism with evidence of voluntary actions.

According to the sound/unsound mind test standards, a ‘disease of the mind’ must be a result of an unhealthy mind. It cannot be a reaction to extraordinary external stimuli from an otherwise healthy mind. The reason is that the external stimuli are not reliable in determining the state of an individual’s mind. Anxiety can trigger a post-traumatic response and classify it as a ‘disease of the mind’ or insane automatism. However, night terrors or other significant shocks causing an event can classify as sane automatism.

It doesn’t seem fair nor useful to punish individuals for unintended actions or unforeseen circumstances unless there was an inexcusable risk. Hence, the criminal law clearly differentiated between unintentional and intentional conduct. Criminal acts involve an intention, recklessness, consciousness, or negligence driving the physical action. However, automatism can be difficult to prove due to the inconsistency of how courts in different jurisdictions deal with similar cases. Hence, you need a skilled and experienced lawyer to succeed with such a defence.

The burden of proof can shift to either party depending on the nature of defence – sane automatism or insane automatism. When the defence brings sane automatism, the onus of proof is on the prosecution. They must disprove the claim beyond a reasonable doubt and prove that the action was voluntary. If they fail to do so, the Court will acquit the accused.

In some circumstances, high consumption of alcohol or drugs can also cause involuntary actions, leading to automatism. However, intoxication can raise other issues and circumstances that the Court might consider separately – from automatism.

Automatism can be a highly complex legal defence in Court, considering the various inconsistencies and variables. Hence, you require professional consideration from the best lawyers in Canberra. If you are under investigation for a criminal offence and believe the circumstances fall under automatism, please don’t hesitate to contact our team at United Legal.

Automatism isn’t an easy defence to prove in Court. Lawyers with limited experience can often wrap themselves in other uncertainties as well that further complicate the case. Moreover, the limitations of proof with sane automatism can create another hurdle when representing a client in Court.

Our team of expert and experienced lawyers aim to achieve the best possible legal outcome. Our criminal law specialists have extensive legal expertise and experience that allows them to access the relevance of automatism or any other defence to the case. We create a calculated legal strategy to represent our clients in Court and fight for their legal rights.